Jurgen Klopp was full of admiration for the impressive performances a host of his squad players put on in their 5-2 victory over Everton, but curiously singled out one midfield star who was not among the changes.

The Reds made five alterations to the starting line-up that defeated Brighton at the weekend, with Divock Origi and Xherdan Shaqiri combining superbly to contribute three goals between them.

Liverpool have entered a run of unprecedented fixture congestion with the Club World Cup lodging a veritable spanner in the works, but Klopp see’s this as a prime opportunity for some of his role players to come to the fore.

Speaking after the game to PLP (via BBC Sport) Klopp said: “We spoke before about the five changes. I had to show respect to the boys for what they do in training. I speak a lot about the quality of the squad so have to show it.

“What they made of it was incredible. Divock’s goals, Sadio’s passes, Shaqiri’s everything, Lallana was everywhere…”

“So many good football moments but from time-to-time we were a bit rusty in defending. They were really direct and we had a lot of second ball situations.

“We knew these boys were good. We don’t have a big squad because of injuries but young boys make impressions from behind too. We know the quality we have. 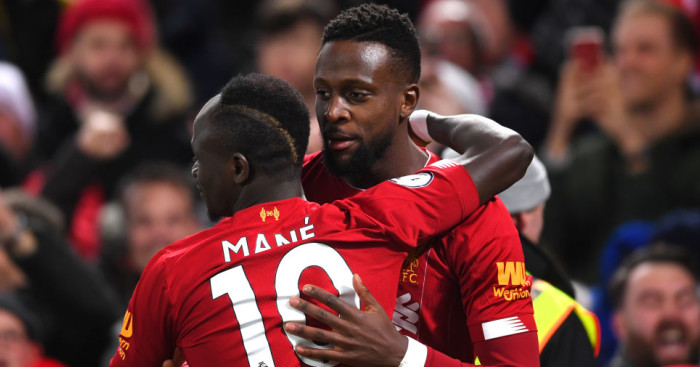 “They really push from behind so that’s cool. That was the first game of a tough fixture list. We have to make changes and we will make changes.

“Naby Keita is the only one, who is in outstanding shape, who didn’t play.

“I made five changes and was not brave enough to make six changes that is the only problem. I’m really pleased for them. I was not in doubt about it. The boys need to, when they have the chance, show it. Not for me really but for the public. I am really happy.”

Klopp’s singling out of Keita came as a curiosity, with the admission that starting Keita would’ve been “brave” an interesting statement.

Swiss winger Xherdan Shaqiri made his first start of the season and performed to an admirably high level considering his relative lack of game-time.

Speaking on BBC’s Match of the Day, Shaqiri revealed his one big ambition as a Liverpool player.

“Obviously I am really happy. Especially against Everton, it is a big derby.

I was very happy when I knew I was playing and I wanted to contribute to the win. I have been working hard to come back. I feel good and I feel fresh. Hopefully I can help the team more.

“I think we trust each other a lot. It doesn’t matter how we play. We changed the formation a little bit this week so it was new.

And it was not simple for some players to come into this game but we managed very well. We won today really good. There are a lot of games to come now so we need to stay on top.

“We are grounded. We know where we come. We take it game by game and that’s the most important thing. We don’t need to think about winning titles.

My biggest dream is to win the title with this club and give it to the fans. So we will try everything. We have to focus on the pitch, stay grounded and work hard every day. If we win, it will be amazing but we still have a long way to go.”